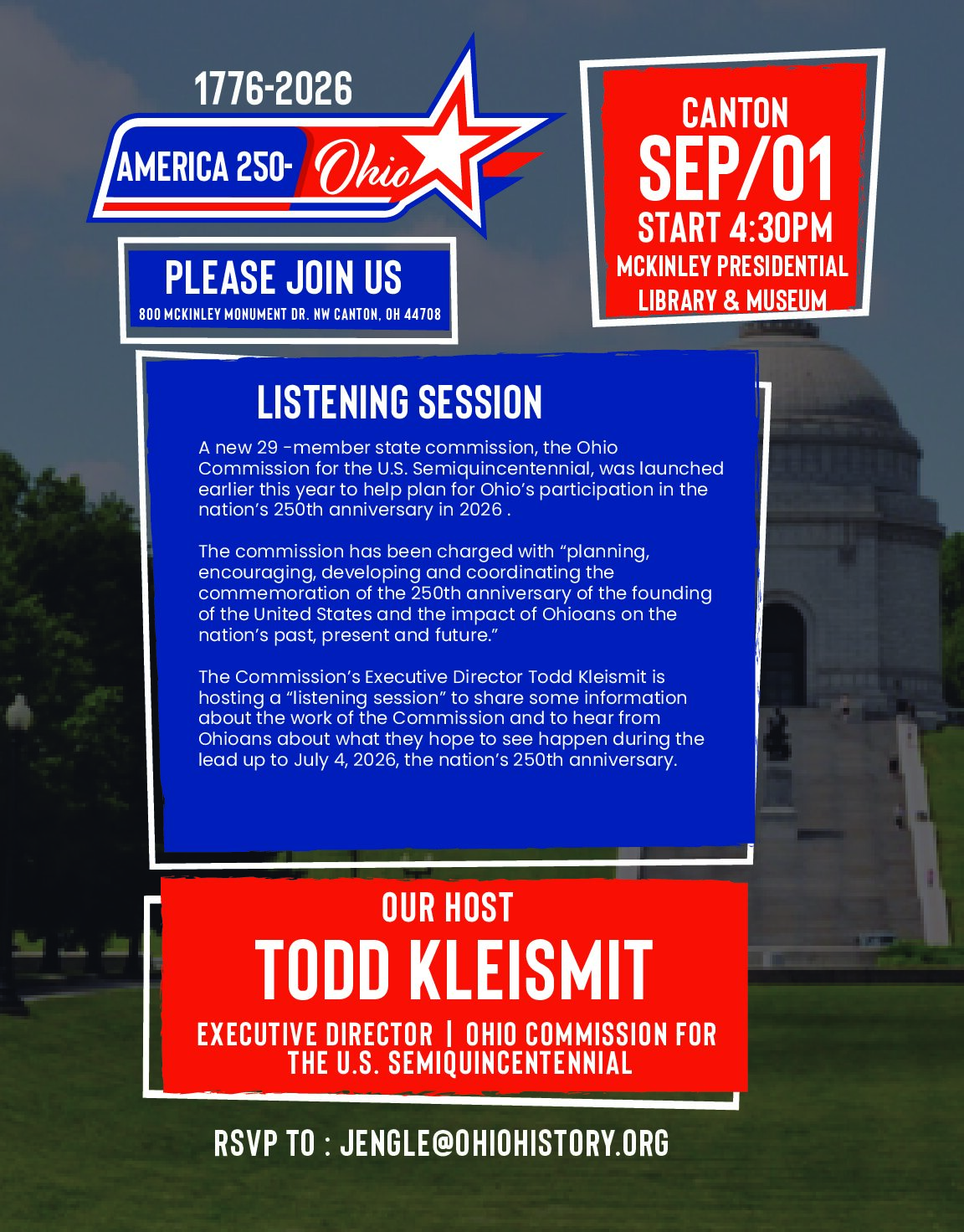 A new 29 -member state commission, the Ohio Commission for the U.S. Semiquincentennial, was launched earlier this year to help plan for Ohio’s participation in the nation’s 250th anniversary in 2026.

The commission has been charged with “planning, encouraging, developing and coordinating the commemoration of the 250th anniversary of the founding of the United States and the impact of Ohioans on the nation’s past, present and future.”

The Commission’s Executive Director Todd Kleismit is hosting a “listening session” to share some information about the work of the Commission and to hear from Ohioans about what they hope to see happen during the lead up to July 4, 2026, the nation’s 250th anniversary.

Ⓒ 2023 All Rights Reserved. Photos Exclusive Property Of McKinley Presidential Library.
Manage Cookie Consent
To provide the best experiences, we use technologies like cookies to store and/or access device information. Consenting to these technologies will allow us to process data such as browsing behavior or unique IDs on this site. Not consenting or withdrawing consent, may adversely affect certain features and functions.
Manage options Manage services Manage vendors Read more about these purposes
View preferences
{title} {title} {title}