We are currently closed 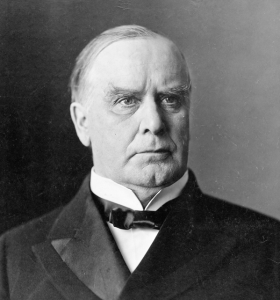 For many years, William McKinley’s presidency was considered just ‘mediocre’ by historians. He was, many of them believed, an executive who was easily controlled by political cronies and who was pressured into war with Spain by the media and public outrage.

Recently though, presidential historians have begun to take a friendlier, more thoughtful examination of his presidency.

A more modern view of McKinley’s presidency is that he was a decisive leader who first put America on the road to world power and ushered in the era of world leadership that we still enjoy today. McKinley’s many difficult foreign policy decisions, especially his policy toward China and his handling of the Boxer Rebellion, coupled with his decision to go to war with Spain over Cuban independence, helped the United States literally enter the twentieth century as a force to be reckoned with on the world stage.

At a Glance Facts about our William McKinley, the 25th President of the United States.

William McKinley was the 25th President of the United States, serving from March 4, 1897, until his assassination on September 14, 1901, after leading the nation to victory in the Spanish-American War and raising protective tariffs to promote American industry.

At the 1896 Republican Convention, in time of depression, the wealthy Cleveland businessman Marcus Alonzo Hanna ensured the nomination of his friend William McKinley as “the advance agent of prosperity.” The Democrats, advocating the “free and unlimited coinage of both silver and gold”–which would have mildly inflated the currency–nominated William Jennings Bryan.

While Hanna used large contributions from eastern Republicans frightened by Bryan’s views on silver, McKinley met delegations on his front porch in Canton, Ohio. He won by the largest majority of popular votes since 1872.

Born in Niles, Ohio, in 1843, McKinley briefly attended Allegheny College, and was teaching in a country school when the Civil War broke out. Enlisting as a private in the Union Army, he was mustered out at the end of the war as a brevet major of volunteers. He studied law, opened an office in Canton, Ohio, and married Ida Saxton, daughter of a local banker.

At 34, McKinley won a seat in Congress. His attractive personality, exemplary character, and quick intelligence enabled him to rise rapidly. He was appointed to the powerful Ways and Means Committee. Robert M. La Follette, Sr., who served with him, recalled that he generally “represented the newer view,” and “on the great new questions .. was generally on the side of the public and against private interests.”

During his 14 years in the House, he became the leading Republican tariff expert, giving his name to the measure enacted in 1890. The next year he was elected Governor of Ohio, serving two terms.

When McKinley became President, the depression of 1893 had almost run its course and with it the extreme agitation over silver. Deferring action on the money question, he called Congress into special session to enact the highest tariff in history.

In the friendly atmosphere of the McKinley Administration, industrial combinations developed at an unprecedented pace. Newspapers caricatured McKinley as a little boy led around by “Nursie” Hanna, the representative of the trusts. However, McKinley was not dominated by Hanna; he condemned the trusts as “dangerous conspiracies against the public good.”

Not prosperity, but foreign policy, dominated McKinley’s Administration. Reporting the stalemate between Spanish forces and revolutionaries in Cuba, newspapers screamed that a quarter of the population was dead and the rest suffering acutely. Public indignation brought pressure upon the President for war. Unable to restrain Congress or the American people, McKinley delivered his message of neutral intervention in April 1898. Congress thereupon voted three resolutions tantamount to a declaration of war for the liberation and independence of Cuba.

In the 100-day war, the United States destroyed the Spanish fleet outside Santiago harbor in Cuba, seized Manila in the Philippines, and occupied Puerto Rico.

“Uncle Joe” Cannon, later Speaker of the House, once said that McKinley kept his ear so close to the ground that it was full of grasshoppers. When McKinley was undecided on what to do about Spanish possessions other than Cuba, he toured the country and detected an imperialist sentiment. Thus the United States annexed the Philippines, Guam, and Puerto Rico.

In 1900, McKinley again campaigned against Bryan. While Bryan inveighed against imperialism, McKinley quietly stood for “the full dinner pail.”

His second term, which had begun auspiciously, came to a tragic end in September 1901. He was standing in a receiving line at the Buffalo Pan-American Exposition when a deranged anarchist shot him twice. He died eight days later.

If you think you might be related to President McKinley visit our Ramsayer Research Library Page.

This presidential biography is courtesy of WhiteHouse.gov. It is from “The Presidents of the United States of America,” by Frank Freidel and Hugh Sidey. Copyright 2006 by the White House Historical Association. 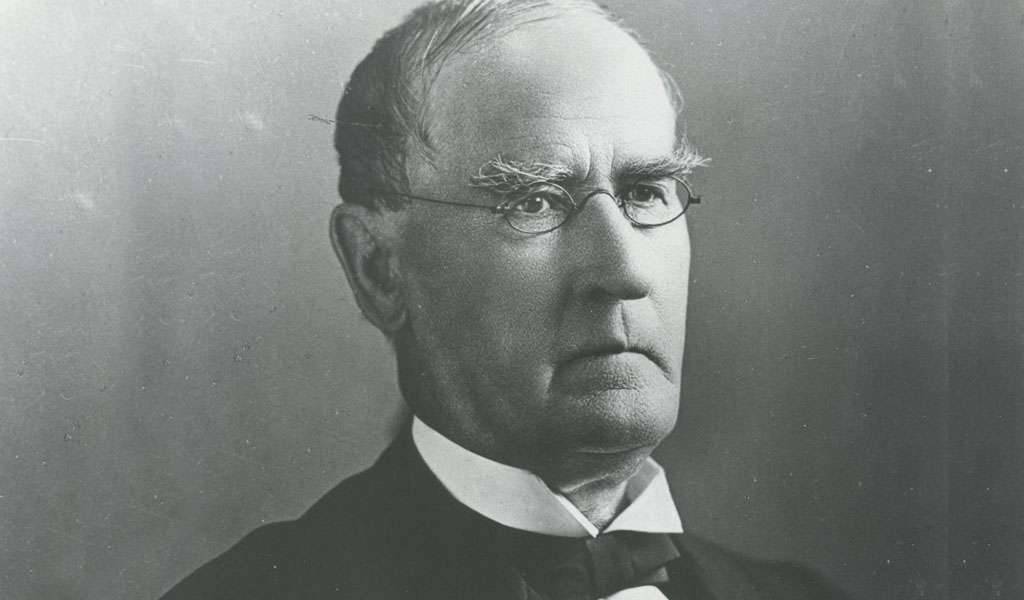 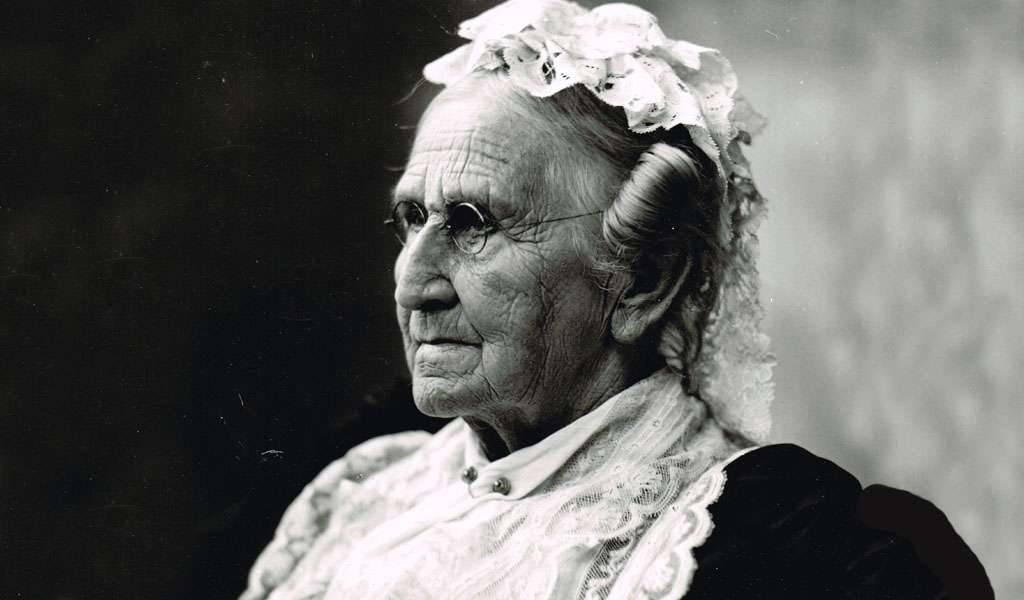 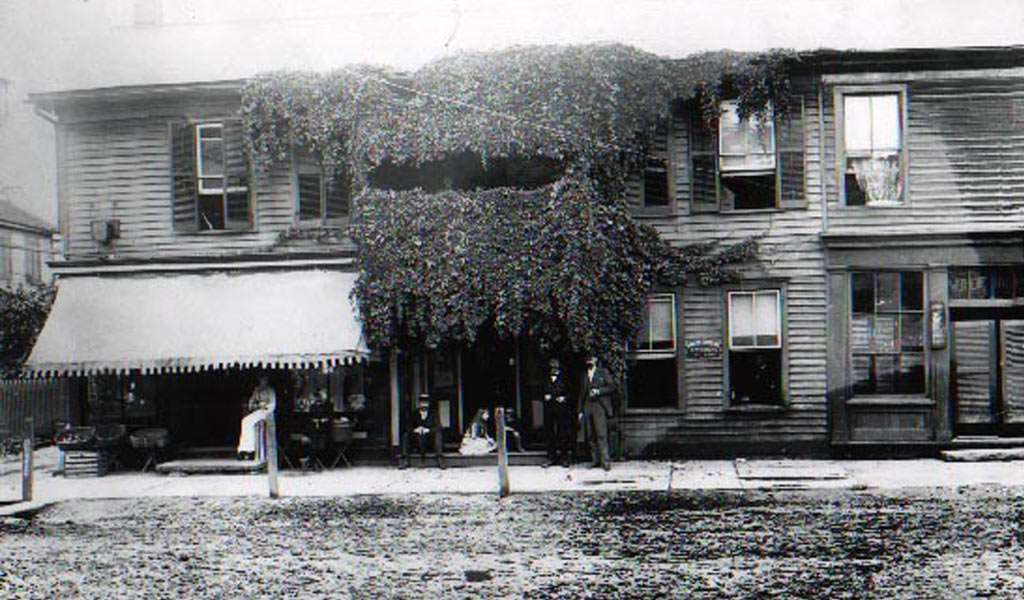 William McKinley Jr. was born in Niles, Ohio, the seventh of eight children to live to maturity. 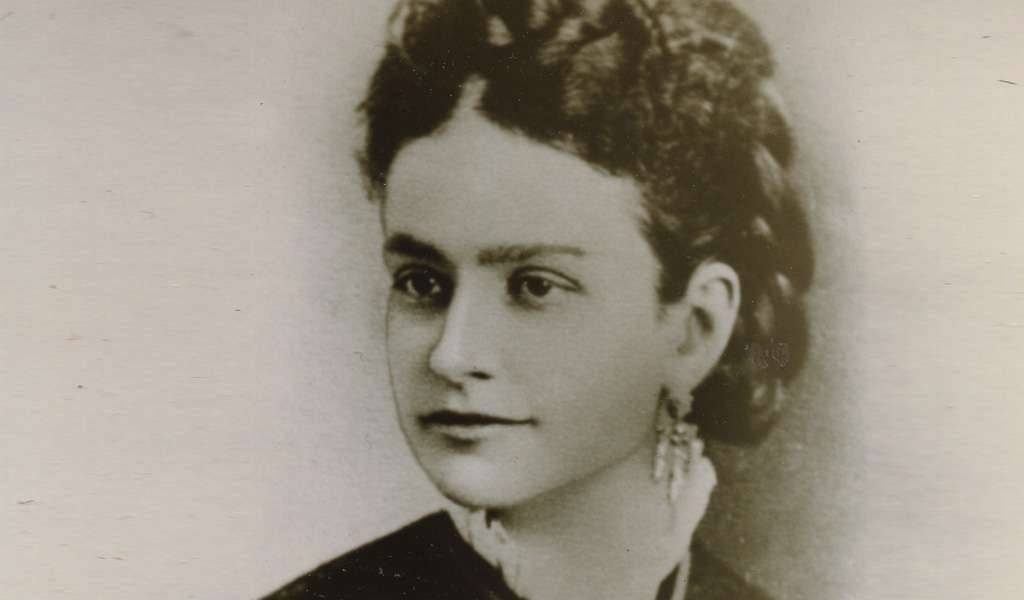 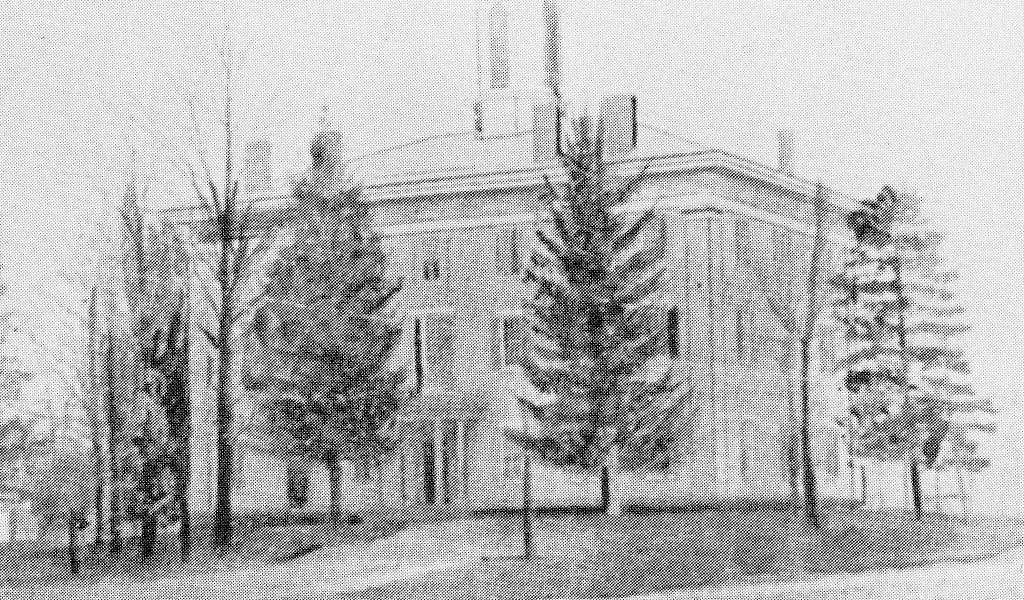 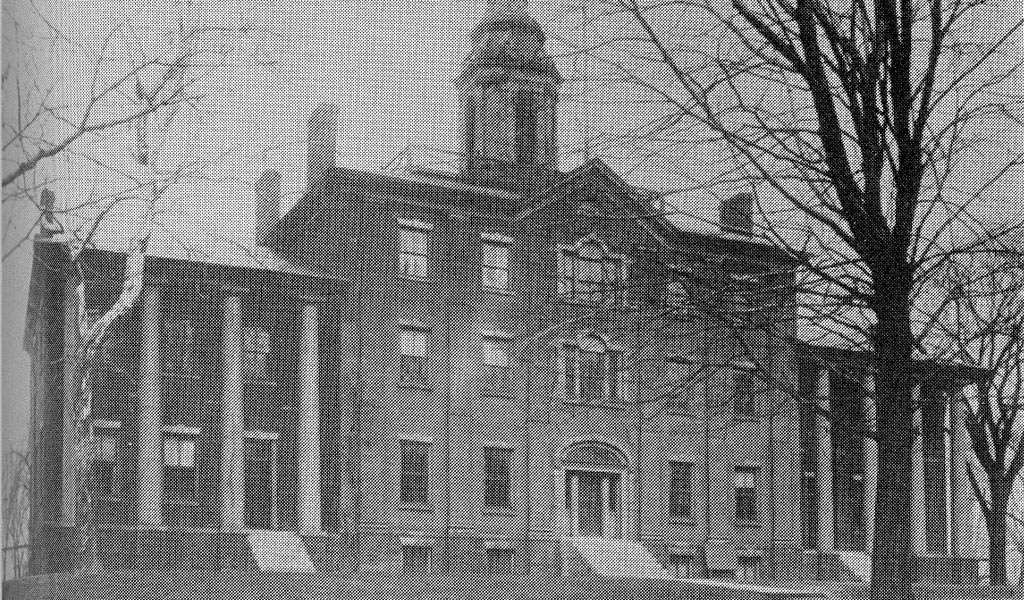 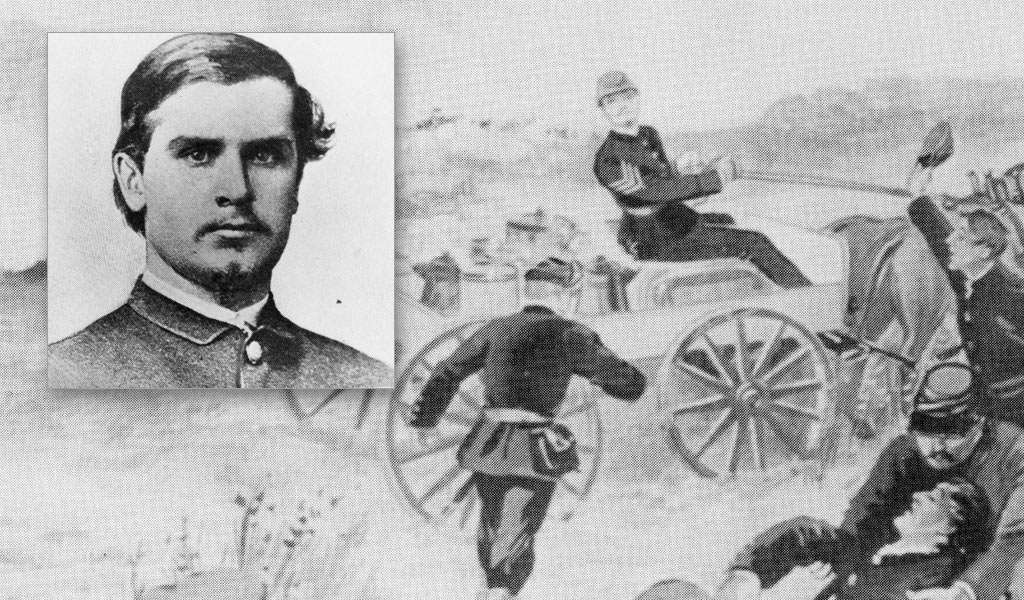 Served in the Civil War, rising to the rank of brevet major and hailed for valor by his commanding officer, Rutherford B. Hayes. He was the last president to serve in the war. 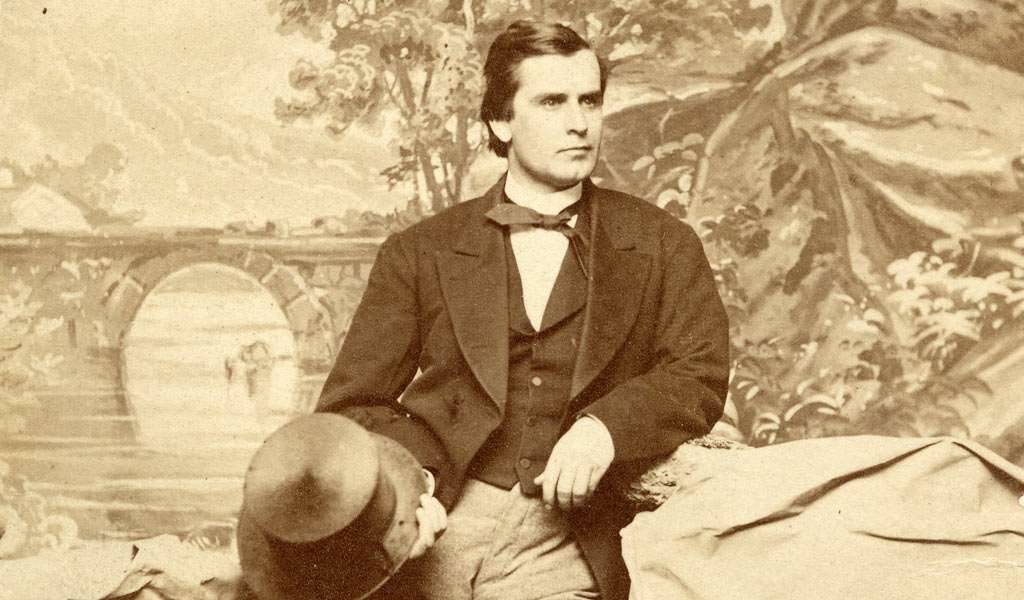 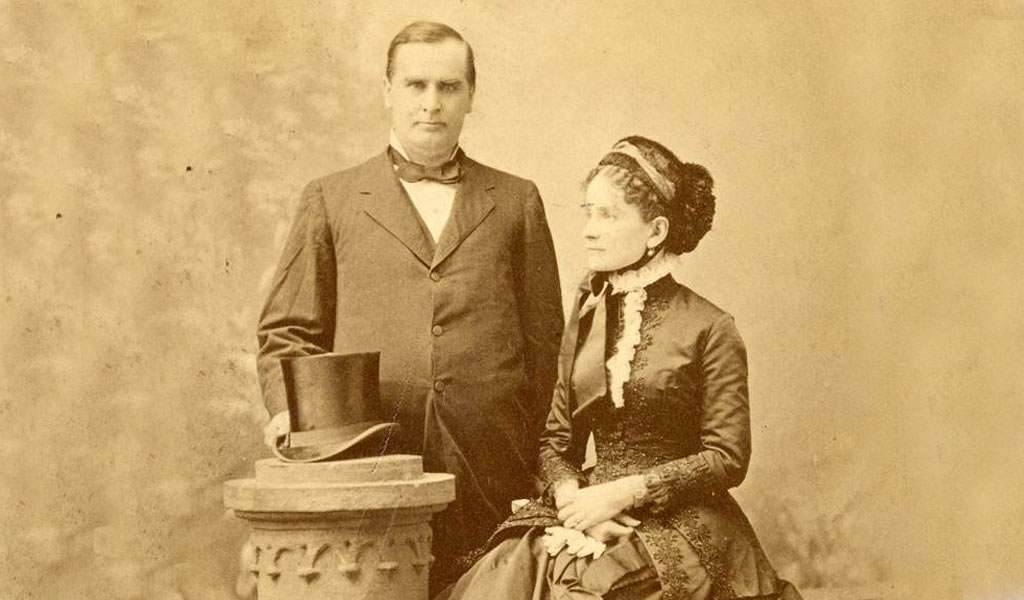 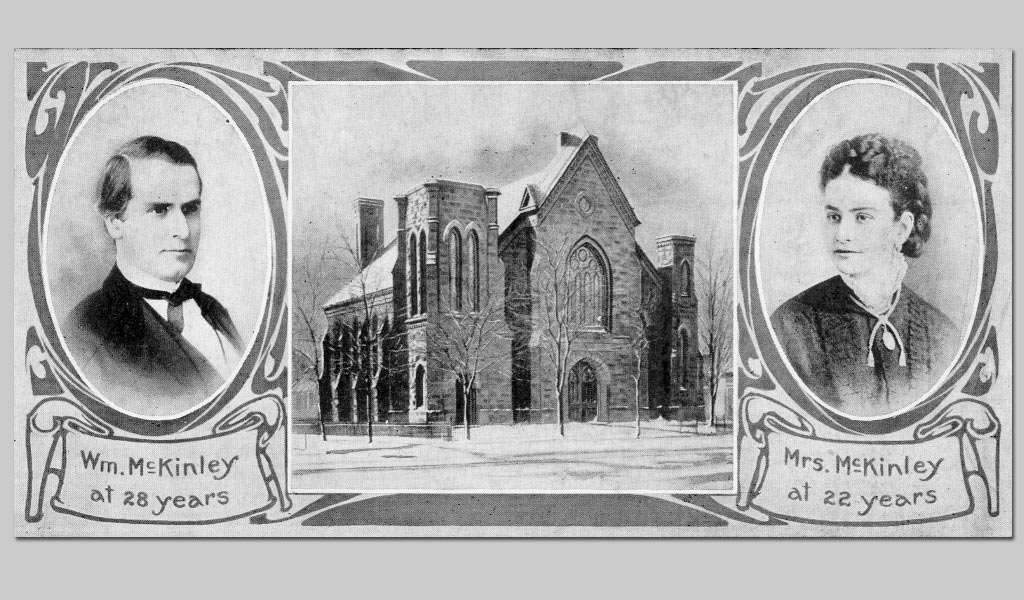 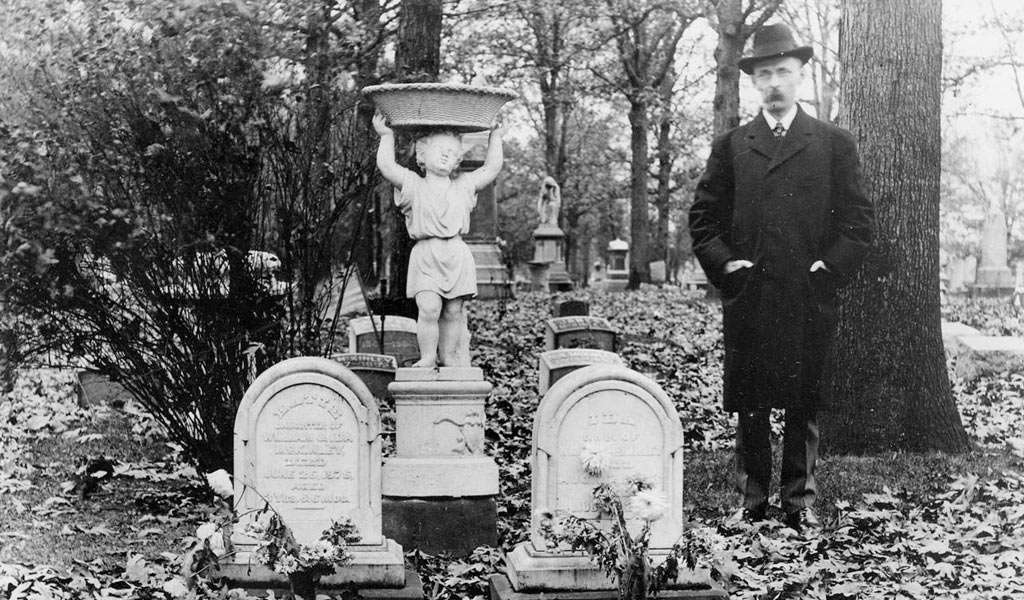 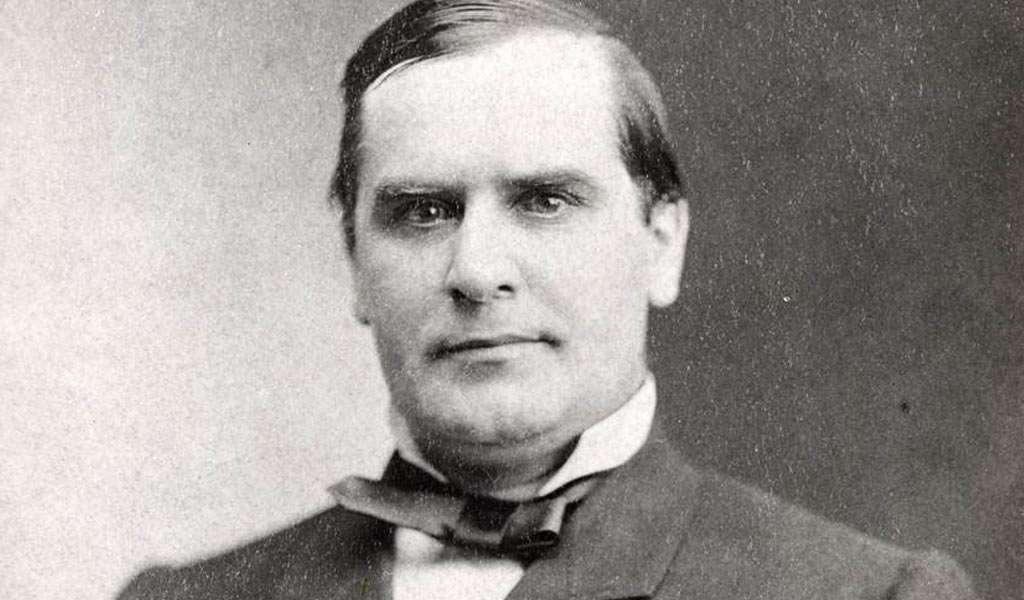 1877 to 1883: Served in the United States House of Representatives. In May of 1884, a special election in the district unseated him, upholding the claim of Massillon lawyer Jonathan Wallace, that he had defeated McKinley in the 1882 election.

1885 to 1891–Reclaimed his seat in the United States House of Representatives. 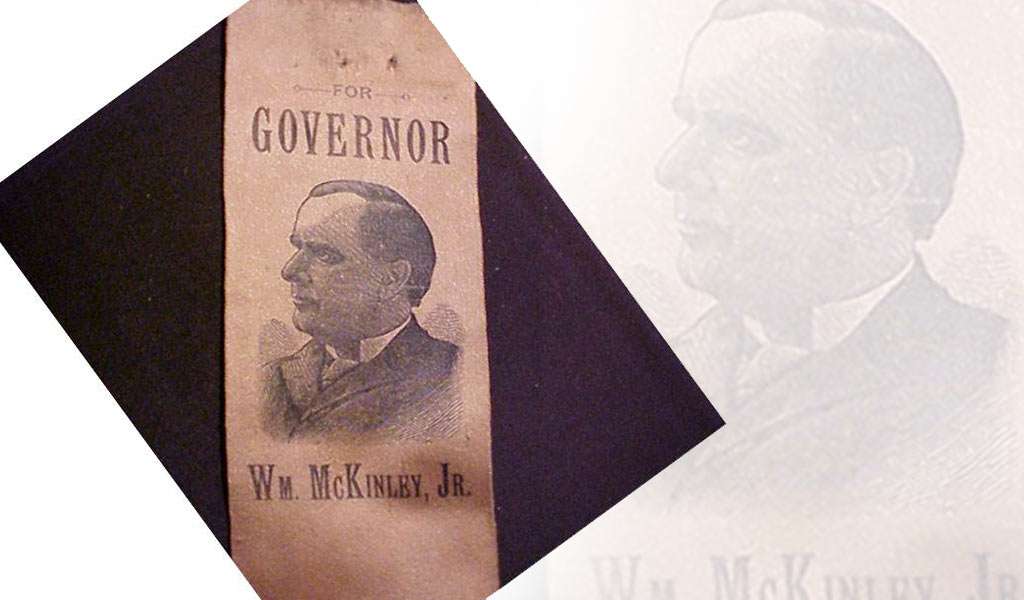 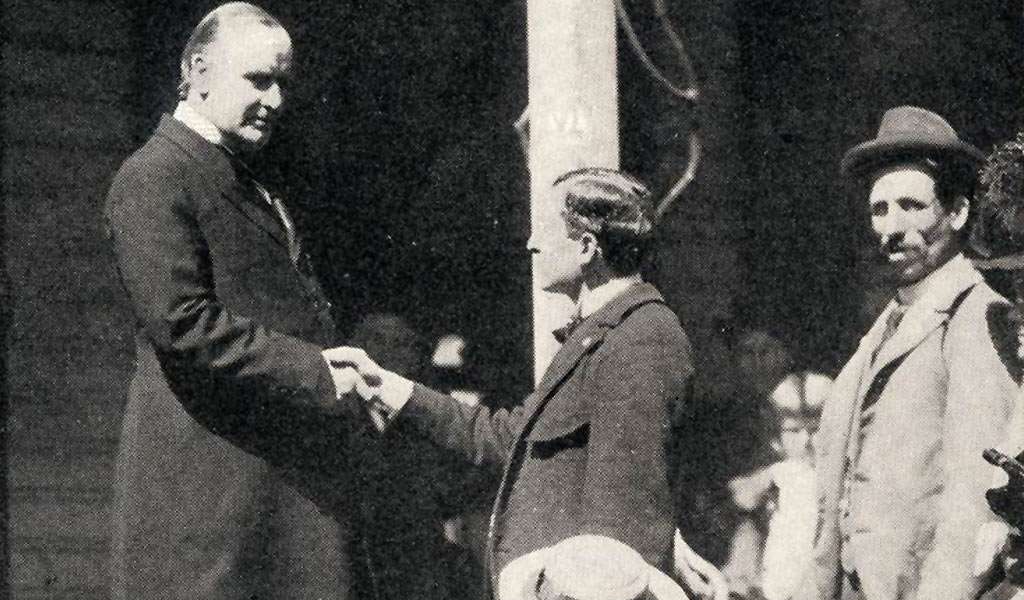 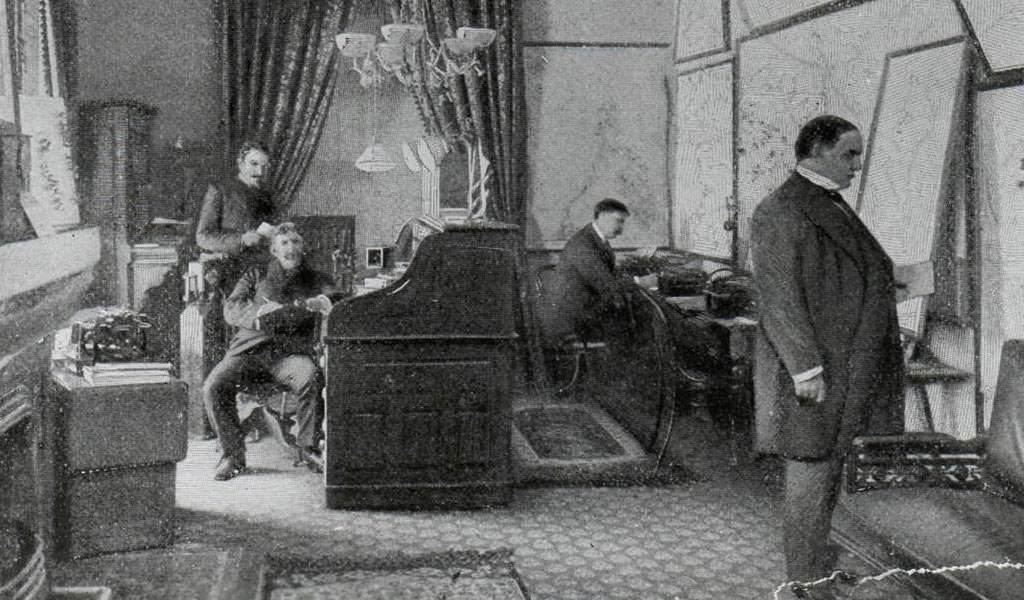 Served as president during the Spanish-American War. 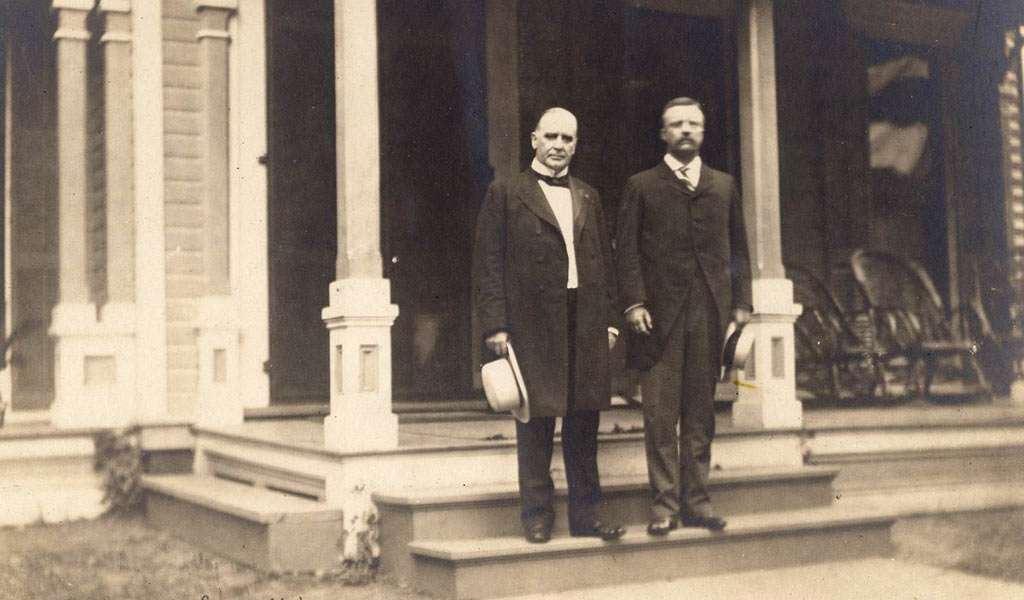 Boxer Rebellion in China quelled by McKinley and an international relief expedition dispersed the Boxers (a Chinese dissident group) who had been interrupting international trade and murdering Western missionaries.

Gold Standard Act was enacted, formally placing US currency on the gold standard, backing it all with gold. 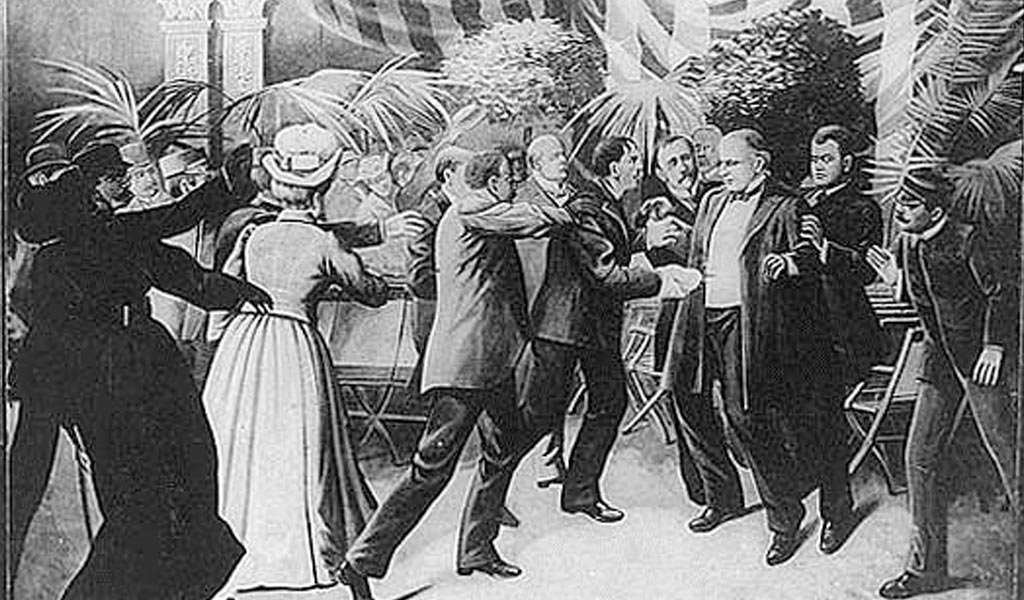 September 6, 1901: McKinley was shot twice at point blank range at 4:07 pm in Buffalo, New York while attending the Pan-American Exposition. His assassin, Leon Czolgosz, was an anarchist who believed the centralized powers of the presidency were too great for one man.

September 14, 1901: William McKinley died of his gunshot wounds after two surgeries. The president’s last words were “It is God’s way. His will, not ours, be done.” He was 58. 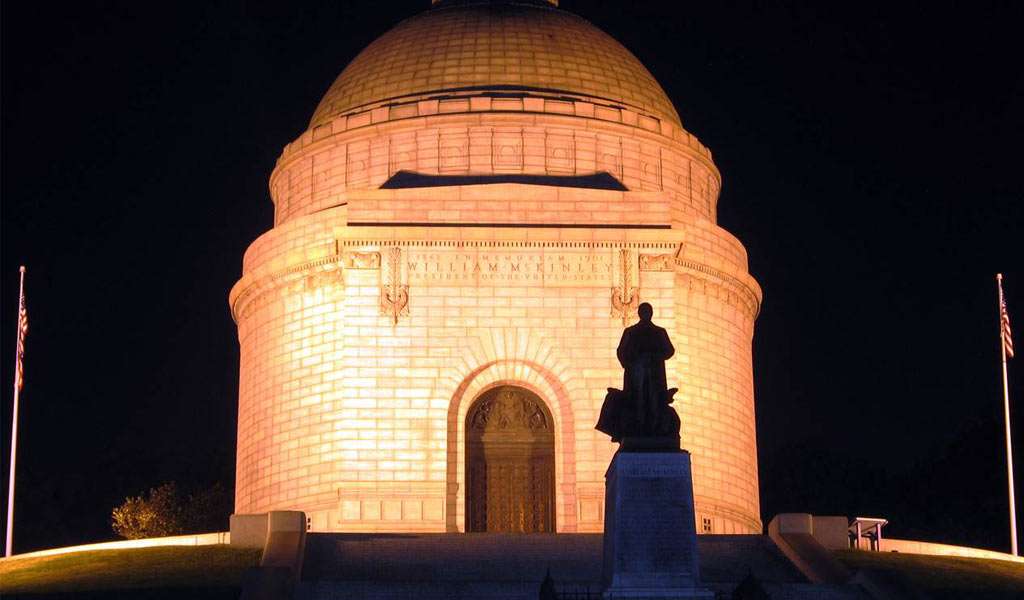 After temporary interment at Westlawn Cemetary, McKinley was moved to the McKinley National Memorial, where he rests with his wife, who died May 26, 1907, and young daughters.

Manage Cookie Consent
To provide the best experiences, we use technologies like cookies to store and/or access device information. Consenting to these technologies will allow us to process data such as browsing behavior or unique IDs on this site. Not consenting or withdrawing consent, may adversely affect certain features and functions.
Manage options Manage services Manage vendors Read more about these purposes
View preferences
{title} {title} {title}